Don’t be fooled; this isn’t a sports story. Not really.

I loved, loved, loved Sway, Kat Spears debut. It had such incredible voice and captured the complicated dynamics of grief and friendship and attraction between teens. It was just so fucking real.

Breakaway is no different. 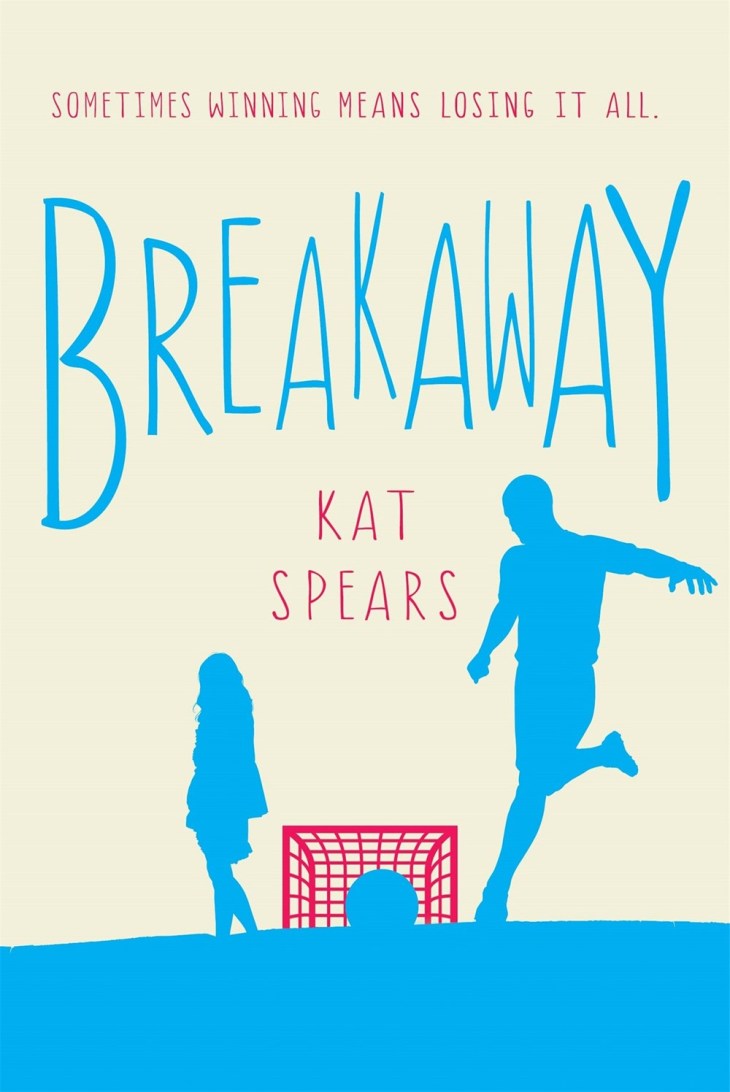 Synopsis: When Jason Marshall’s younger sister dies, he knows he can count on his three best friends and soccer teammates — Mario, Jordie, and Chick — to be there for him. With a grief-crippled mother and a father who’s not in the picture, he needs them more than ever. But when Mario starts hanging out with a rough group of friends and Jordie finally lands the girl of his dreams, Jason is left to fend for himself while maintaining a strained relationship with troubled and quiet Chick. Then Jason meets Raine, a girl he thinks is out of his league but who sees him for everything he wants to be, and he finds himself pulled between building a healthy and stable relationship with a girl he might be falling in love with, grieving for his sister, and trying to hold onto the friendships he has always relied on.

My thoughts: Like I said, this is just so fucking good.

Jaz is trying to process his grief after losing his younger sister while his mother falls into a deep depression, and his father is mostly out of the picture. To top it off, he feels his three best friends growing apart as they grow up. Mario is falling in with the wrong crowd; Jordie is distancing himself from his poorer friends in favor of his fellow country-clubber girlfriend; and Chick is his same old quiet and troubled self.

It’s so refreshing to read an honest story about friendship between teenage guys, a subject not often explored in YA fiction. Spears captures the complicated dynamic of evolving social statuses, expertly portrays the experiences of teens living in poverty, and writes Jaz’s voice so authentically.

There is a romance, and it feels so real. The whole awkward “does she like me, do I like him,” feelings, the fits and starts, the self-sabotage, and it’s never the focus of the story.

This is a gritty, uncompromising look at how friendships form and how they fall apart. It is unapologetic about the lives that poor teens face: such as worrying about how they are going to get to school or work and where they’ll get their next meal. It’s honest about drug use and drinking without glamorizing it. It offers a stark portrayal of grief and depression that is so obvious, as well as the quiet kind that can sneak up on you, or become so much a part of the landscape of a person, you don’t notice it anymore. All of this from a charming, self-deprecating, sarcastic narrator.

This isn’t for people who want tidy love stories or happy endings, though. It’s hard-hitting and real.

I highly recommend Breakaway to fans of contemporary realistic fiction. If you missed her debut, Sway, be sure to check it out, too.

Amanda at Teen Librarian Toolbox: “This moving (and depressing) story takes a hard look at how friendships strain and how friends fail each other (and themselves). The ending will be annoying to some people–there’s no real closure, we have no idea what will happen to any of the characters or their relationships, and the sense we’re left with is one of sadness and hopelessness. This is the reality for these characters, Spears seems to say. Being briefly brought back together by a tragic event is likely not enough to reunite them as real friends or help them change the paths they’re on.”

One thought on “Book Review: Breakaway by Kat Spears”