I loved Rae Carson’s fantasy series Girl of Fire and Thorns (which I never reviewed here, but I did do a review in gifs for the library’s tumblr). I was so excited when I discovered she had a new series, but since it was more historical fiction, which is not usually my favorite genre, I was a bit skeptical of whether or not I would enjoy it.

I am happy to report that I loved it, despite it having only a trace of magic. 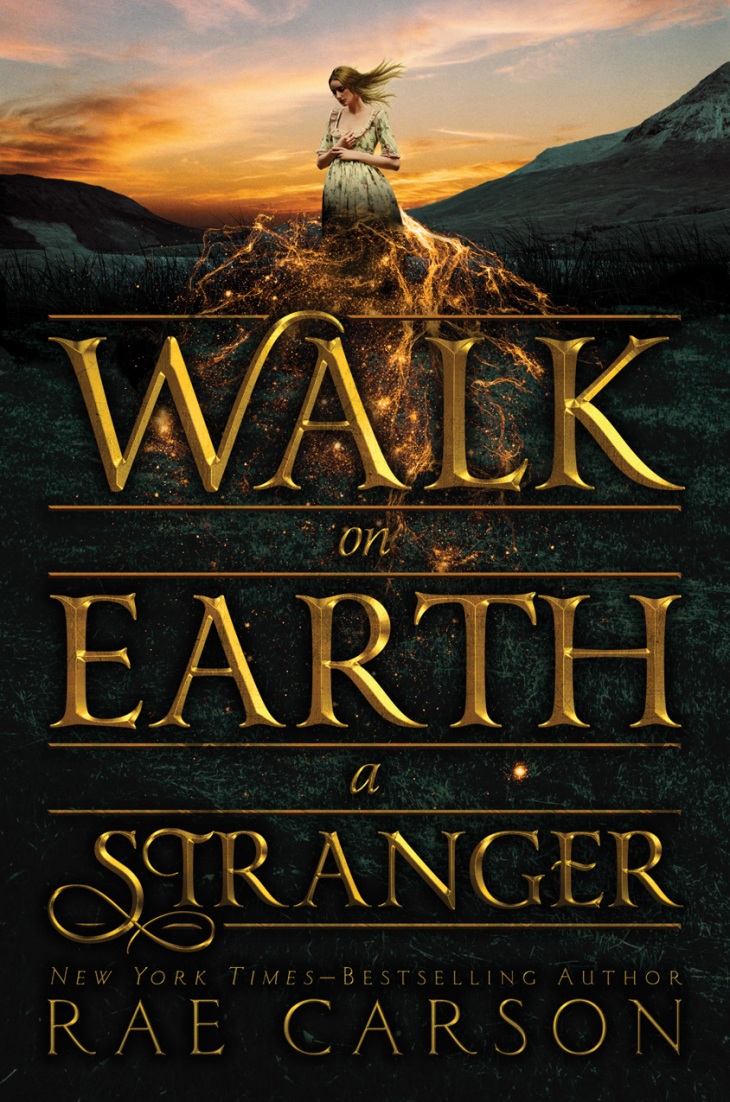 Synopsis: Gold is in my blood, in my breath, even in the flecks in my eyes.

Lee Westfall has a strong, loving family. She has a home she loves and a loyal steed. She has a best friend—who might want to be something more.

She also has a secret.

Lee can sense gold in the world around her. Veins deep in the earth. Small nuggets in a stream. Even gold dust caught underneath a fingernail. She has kept her family safe and able to buy provisions, even through the harshest winters. But what would someone do to control a girl with that kind of power? A person might murder for it.

When everything Lee holds dear is ripped away, she flees west to California—where gold has just been discovered. Perhaps this will be the one place a magical girl can be herself. If she survives the journey.

I loved the Oregon Trailer computer game as a kid, even if I was always dying of dysentery or drowning while trying to ford the river, but this book is twice as good.

Lee is a hardworking young lady who just happens to be able to sense gold in the earth, which is a valuable skill now that gold has been discovered in California. When her parents are brutally murdered by someone who has discovered her gift and wants to use it to his advantage, she has even more reason to head west. Disguised as a boy, she sets out on her own. Full of suspense, history, and adventure, this book is a great start to a new series.

What I loved most about this book is Lee’s character. She’s resourceful, resilient, and just plain tough.

The plot is very suspenseful and the main conflict is focused on simply survival. When I can jump on a direct flight to LA and be there in a few hours, the thought of making it just a dozen miles in a day is just mind-boggling, and Carson does a great job of capturing the struggle of moving West before there were roads and supplies along the way.

The story also explored gender issues. Lee disguises herself as a boy for safety, but still endures what comes along with being female, like getting her period. There are two difficult childbirths, which highlight how dangerous pregnancies were for women during this time in history.

Lee’s best friend (and potential love interest) is half Native American, and I think (from my pretty ignorant perspective) that she did a good job with his character and capturing the racial prejudices of the time while not employing stereotypes.

Readers who are hesitant to try fantasy may find this a nice entry point; the only element of magic is very subtle, and the really appeal for this book is the adventure, survival, and historical time period.

There is only the tiniest hint of romance. The focus is much more on what makes a family beyond blood relations, and friendship, so this is perfect for those readers who don’t want a “kissing” book.

This book has made me much more interested in trying out more YA westerns, which seem to be a bit of a mini-trend this year. I want to read Under the Painted Sky by Stacey Lee soon.

Liz at A Fire, A Chair, and a Teacozy: “Lee meets a wide assortment of people during her travels. One friend from the start is a neighbor and quasi-romantic interest, Jefferson. What I like about Jefferson is that he doesn’t save her, and Lee doesn’t need saving; they are friends, who may become something more, but they are equals. At times there are secrets and misunderstandings between the two, but the friendship is constant.”

Christina at Reading Extensively: “The author has a gift for creating settings and strong female protagonists. I do wish we’d had more chance to explore Lee’s abilities but hopefully that will change in the second book. I also think the villain was a little one dimensional so I hope the sequel will delve more into his character. I can’t wait to read more about Lee and find out what will happen in California. Overall I was really happy with this book and I think fans of historical fiction will enjoy it as much as fans of her fantasy novels.”

5 thoughts on “Book Review: Walk on Earth a Stranger by Rae Carson”