I love looking at year-end book lists. Sometimes I discover an overlooked gem, others a passionate recommendation from a trusted source may prompt me to pick up a book I’d decided wouldn’t be to my taste.  While I didn’t read as many new releases as I would have liked to, I did read quite a few, and these are the ones I loved and have recommended over and over. 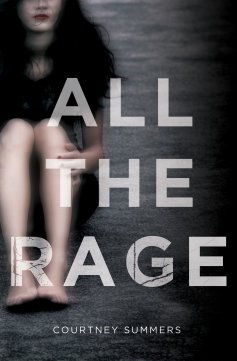 All the Rage by Courtney Summers
Goodreads | Amazon

Remy was a popular girl, until a boy she had a crush on—who happened to be the son of the Sheriff—raped her. When she accuses him, she’s relentlessly bullied, even more so because she doesn’t conform to what people expect of victims. This book is an indictment of rape culture. While not a book I want to re-read often, it’s powerful and moving and an important story.

This adorable novel is “You’ve Got Mail” for the Tumblr generation. Through his suburban Atlanta high school’s gossip Tumblr, he meets “Blue”, another gay, but not yet out, teen from his school. They start emailing back and forth, then quickly start falling for one another. But how will things change if they meet IRL? This is a funny, sweet, romantic story, but it also has a great cast of supporting characters in Simon’s friends and family. You’ll want to curl up with a box of Oreos and read this in one sitting.  This book is perfect for fans of Jennifer E. Smith’s This is What Happy Looks Like or Aristotle and Dante Discover the Secrets of the Universe by Benjamin Alire Saenz.

Tinged with magic and myth, this is a story that forces the reader to think about love, and beauty, and what people choose to believe. I reviewed this book early this year. 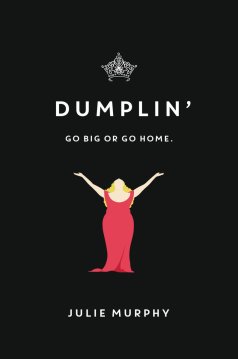 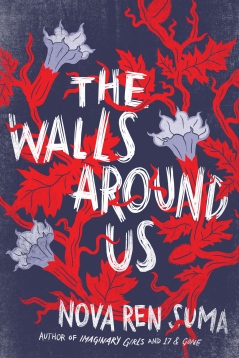 The Darkest Part of the Forest by Holly Black
Goodreads | Amazon

Holly Black is the best at blending teenage angst and magic. She is the master of artful and sometimes cheeky turns of phrase. And she definitely knows how to write kissing scenes.
The Darkest Part of the Forest is about Hazel and Ben, brother and sister who grow up in a sleepy town known to be near the woods where faeries live. They spent their childhood playing games around a glass-top coffin where a beautiful faerie prince slept — then one day, his coffin is broken, and the magic that seemed so harmless as a child takes a much more sinister turn. With a perfect balance of adventure, romance, and humor, this another great story from the amazing Holly Black.

Dolly Parton, drag queens, crushes, secrets, misunderstanding between friends, terrible after-school jobs, and a beauty pageant. This novel has so much heart and an unforgettable heroine.

The Walls Around Us by Nova Ren Suma
Goodreads | Amazon

A thriller tinged with magical realism, this is a weird little book that I couldn’t put down. Part ghost story, all girls story, this is the kind of crazy story I’ve come to expect from Nova Ren Suma.

This feminist re-imagining of The Arabian Nights has a lushly described setting, interesting details of Bronze Age life, and a rhythmic cadence to the writing that reads like a storyteller’s voice.

I have gushed about this book since I read it this summer. Here’s my full review.

I’ll Meet You There by Heather Demetrios

A Sense of the Infinite by Hilary T. Smith
Goodreads | Amazon

There were a TON of new releases this year that I bought and didn’t get around to reading yet. Not only did I take a class that required a lot of reading, reviews for professional purposes like presentations. I’m currently reading the Morris Award finalists (join the #hubchallenge and read them too!).

I want to read More Happy Than Not by Adam Silvera, The Accident Season by Moira Fowley-Doyle, The Rest of Us Just Live Here by Patrick Ness, Under a Painted Sky by Stacey Lee, Wonders of the Invisible World by Christopher Barzak, and The Game of Love and Death by Martha Brockenbrough.

That’s before I even start talking about 2016 releases! I’ve read a handful already, but there are so many books I’m excited about reading. I want to make sure I’m being intentional with my choices and balancing my personal reading next year.

What were your favorites from 2015 releases in YA literature?