I’m continuing my habit of rounding of LGBTQ young adult fiction titles traditionally published (ie, that will likely receive professional reviews and be available for purchase through a library vendor). Here’s part 1 and part 2 of 2014 LGBTQ YA releases. I maintain this list as a guide to queer YA based on my presentations on readers’ advisory and collection development for LGBTQ YA, and will be updating it with 2015 titles as I’ve read them.

In this post, I’ve included any YA book that has LGBTQ characters or themes as I’ve been able to ascertain from publication information, reviews, etc. I have only read a couple and can’t guarantee the quality of the representation for all titles. It’s quite possible I’ve missed a few, so don’t hesitate to leave a note in the comments if you have a title to add. It’s worth checking out small indie presses Harmony Ink Press and Bold Stroke Books as well.

YA FICTION WITH LGBTQ CHARACTERS OR THEMES 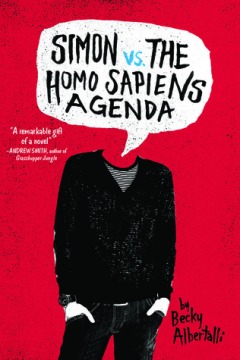 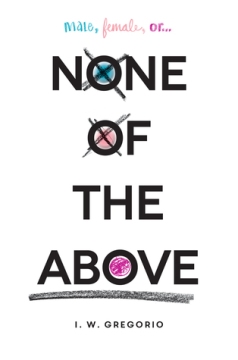 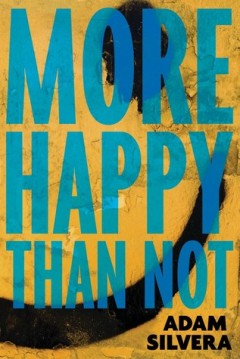 One of my most anticipated debuts—I’ve already heard great things about this contemporary title. It promises to be a fun, sweet, romance.

None of the Above by I. W. Gregorio
Goodreads | Amazon

Another highly anticipated debut. It’s great to see characters on underrepresented ends of the spectrum of gender/sexual identity. It’s about a girl who discovers she’s intersex.

More Happy Than Not by Adam Silvera
Goodreads | Amazon

Yet one more highly anticipated debut. I can’t tell at all what this one is about but am looking forward to it. It’s a bit heavier, near-future, and deals with race, class, and sexuality. Book Riot compared it to Eternal Sunshine of the Spotless Mind. 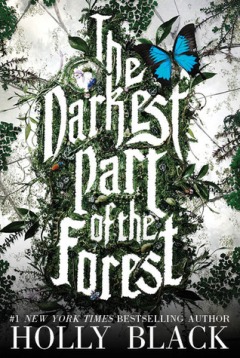 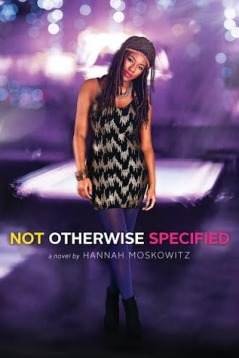 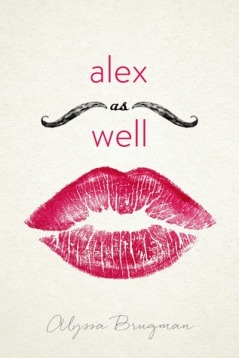 The Darkest Part of the Forest by Holly Black
Goodreads | Amazon

Oh man, this one was good! Holly Black has always been good at representing LGBTQ characters in her urban fantasy and this one is a fantastic story about a brother and a sister, the secrets they keep, and the fairy prince who they’ve both fancied themselves in love with since they were young and what happens when he wakes up from his glass coffin. My review will be up soon.

Hannah Moskovitz has a track record for solid queer YA in a variety of genres, and I love that we’re seeing POC characters and more genderqueer representation.

Alex as Well by Alyssa Brugman
Goodreads | Alex As Well

This is Aussie YA, so it has that going for it, and is about a girl who is born intersex, raised as a boy, and her journey to self-identify as a girl as a teenager. 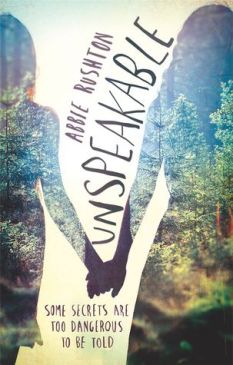 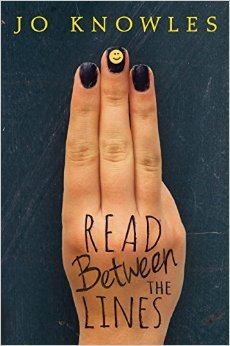 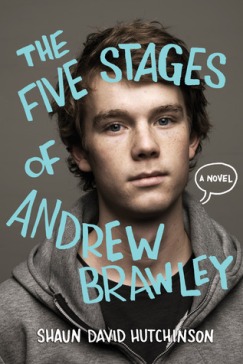 A selectively mute girl makes a new friend, and the secret of her past trauma is revealed. Dark and emotional, from early reviews.

Read Between the Lines by Jo Knowles
Goodreads | Amazon

This is a novel set in a small town and centers around a big cast of characters, and I’m thinking one of them identifies as LGBTQ.

A guy who lost his family and lives at a hospital befriends a burn victim. This one sounds great, I’m surprised it’s not being pitched as “for fans of John Green!” /sarcasm. 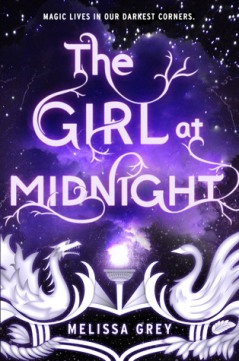 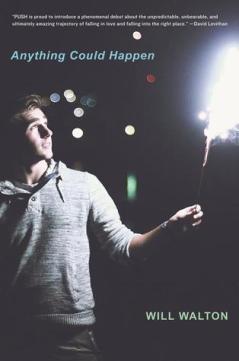 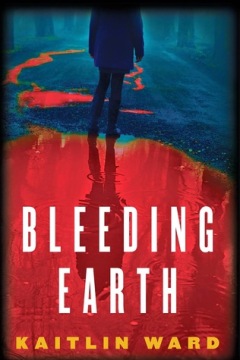 The Girl at Midnight by Melissa Grey
Goodreads | Amazon

A pickpocket gets involved in an otherworldly war beneath the city streets of NYC. I’m not sure what the LGBT characters/themes are for this one, but I’ve got it high on my to-read list so I’ll find out shortly.

Anything Could Happen by Will Walton
Goodreads | Amazon
Small town boy in love with his best friend—be still, my heart.

The title pretty much says it all with this one. Apocalyptic and romantic, according to early readers. 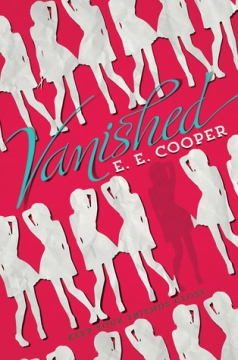 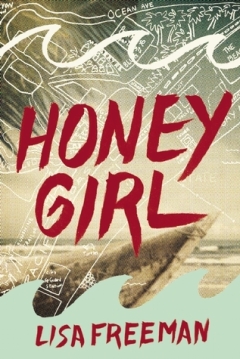 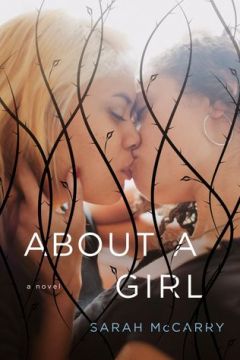 Pitched as for fans of Pretty Little Liars.

Historical fiction set during the 70s about a California surfer girl. Who likes other girls.

About a Girl by Sarah McCarry
Goodreads | Amazon

Lots of representation here: trans characters, lesbians, and many different racial backgrounds. Plus, Sarah McCarry’s fantastic writing makes this a must read. 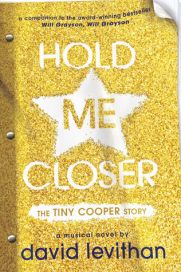 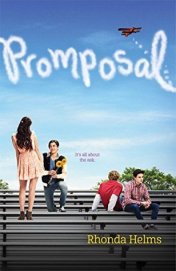 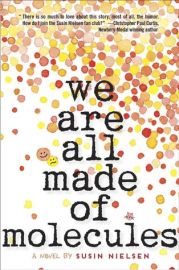 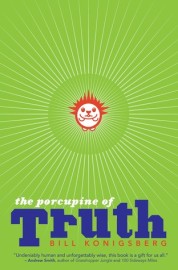 You could not pay me to read a book about promposals (sorry, I’m old). But apparently there is one where a guy asks a guy.

We Are Made of Molecules by Sarah Nielson
Goodreads | Amazon

About unlikely friendships between a geeky kid and a popular kid (one of my favorite YA tropes). One of the main characters parents is gay.

The Porcupine of Truth by Bill Konisberg
Goodreads | Amazon

I am in love enough with that title to figure out what this is all about. This one purports to deal with “gay history” in the blurb.

These are coming out in the second half of 2015, but put them on your radar.

Robin Talley’s sophomore book What We Left Behind is contemporary, and features a lesbian and genderfluid/genderqueer character dealing with their relationship after moving on to college.

Wonders of the Invisible World by Christopher Barzak sounds like it could have a fantasy element.

Debut novel Fans of the Impossible Life by Kate Scelsa is a contemporary, and about a boy in love with a girl and a guy and they’re all best friends and it sounds like my kind of book! I’ll be looking to get my hands on this one ASAP.

You and Me and Him by Kris Dinninson is another debut also about a guy and a girl who are best friends and develop a crush on the same guy, and it sounds cute and promises musical elements. Will be out in July.

Willfull Machines by Tim Floreen doesn’t have a set release date other than fall 2015, and it’s a YA sci-fi thriller that I’ve seen flagged as LGBT, but can’t tell from the synopsis (though it’s from Simon Pulse who publishes a lot of queer YA so I’m hoping it’s right because this list needs more genre fiction with incidentally queer characters!).

Glittering Shadows, the sequel to Jacelyn Dolamore’s Dark Metropolis, is due out in June.

Under the Lights by Dahlia Adler is due out in June.

Rainbow Rowell is making the dreams of everyone who has ever read slash fanfic come true with Carry On, due out in October.

Another Day, the sequel to Every Day by David Levithan is due out in August.

Skyscraping by Cordelia Jensen is a novel in verse about a girl who discovers her father is gay.

I like the trend of seeing more intersex, transgender, and genderqueer or nonbinary characters, as well as some characters of color. I do wish there was more genre fiction, and it could be that there are books coming out with major or minor incidentally LGBTQ characters. I think we still need coming out stories or novels in which sexuality does play a central theme, but also LGBTQ teens who have other problems, whether they are everyday, paranormal, mysterious, fantastical, or whatever. There should be as many types of novels about these characters as there are about straight ones. For more coverage of LGBTQ YA novels, follow Diversity in YA and Gay YA. Do let me know if I’ve overlooked a title. If you’re an author, even with a small press or independently published, feel free to leave information about your LGBTQ books with links in the comments.