I’ve been working on a presentation for a workshop on collection development and readers’ advisory for LGBTQ YA, and so I’ve been looking for more new titles coming out. Here’s my first round up of 2015 LGBTQ young adult literature. The eight books below are newly released or coming out in Fall 2015. 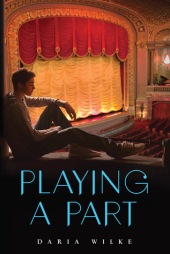 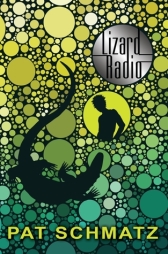 When Everything Feels Like the Movies by Reid Raziel
Amazon

This book caught my attention when it was reviewed in School Library Journal. It’s published by a small press and won a Canadian book award. Here’s the synopsis:

School is just like a film set: there’s The Crew, who make things happen, The Extras who fill the empty desks, and The Movie Stars, whom everyone wants tagged in their Facebook photos. But Jude doesn’t fit in. He’s not part of The Crew because he isn’t about to do anything unless it’s court-appointed; he’s not an Extra because nothing about him is anonymous; and he’s not a Movie Star because even though everyone know his name like an A-lister, he isn’t invited to the cool parties. As the director calls action, Jude is the flamer that lights the set on fire.

Before everything turns to ashes from the resulting inferno, Jude drags his best friend Angela off the casting couch and into enough melodrama to incite the paparazzi, all while trying to fend off the haters and win the heart of his favourite co-star Luke Morris. It’s a total train wreck!

This book is notable as the first Russian young adult novel to be translated into English. Here’s the synopsis:

In June 2013, the Russian government passed laws prohibiting “gay propaganda,” threatening jail time and fines to offenders. That same month, in spite of these harsh laws, a Russian publisher released Playing a Part, a young adult novel with openly gay characters. It was a brave, bold act, and now this groundbreaking story has been translated for American readers.

In Playing a Part, Grisha adores everything about the Moscow puppet theater where his parents work, and spends as much time there as he can. But life outside the theater is not so wonderful. The boys in Grisha’s class bully him mercilessly, and his own grandfather says hateful things about how he’s not “masculine” enough. Life goes from bad to worse when Grisha learns that Sam, his favorite actor and mentor, is moving: He’s leaving the country to escape the extreme homophobia he faces in Russia.

How Grisha overcomes these trials and writes himself a new role in his own story is heartfelt, courageous, and hopeful.

A publicist from Candlewick emailed me about some of their forthcoming titles with LGBTQ themes, and this graphic memoir sounds great. Here’s the synopsis:

Maggie Thrash has spent basically every summer of her fifteen-year-old life at the one-hundred-year-old Camp Bellflower for Girls, set deep in the heart of Appalachia. She’s from Atlanta, she’s never kissed a guy, she’s into Backstreet Boys in a really deep way, and her long summer days are full of a pleasant, peaceful nothing… until one confounding moment. A split-second of innocent physical contact pulls Maggie into a gut-twisting love for an older, wiser, and most surprising of all (at least to Maggie), female counselor named Erin. But Camp Bellflower is an impossible place for a girl to fall in love with another girl, and Maggie’s savant-like proficiency at the camp’s rifle range is the only thing keeping her heart from exploding. When it seems as if Erin maybe feels the same way about Maggie, it’s too much for both Maggie and Camp Bellflower to handle, let alone to understand.

This is another one from Candlewick, and it sounds CRAZY. Don’t take my word on it:

Fifteen-year-old bender Kivali has had a rough time in a gender-rigid culture. Abandoned as a baby and raised by Sheila, an ardent nonconformist, Kivali has always been surrounded by uncertainty. Where did she come from? Is it true what Sheila says, that she was deposited on Earth by the mysterious saurian? What are you? People ask, and Kivali isn’t sure. Boy/girl? Human/lizard? Both/neither? Now she’s in CropCamp, with all of its schedules and regs, and the first real friends she’s ever had. Strange occurrences and complicated relationships raise questions Kivali has never before had to consider. But she has a gift—the power to enter a trancelike state to harness the “knowings” inside her. She has Lizard Radio. Will it be enough to save her? A coming-of-age story rich in friendships and the shattering emotions of first love, this deeply felt novel will resonate with teens just emerging as adults in a sometimes hostile world. 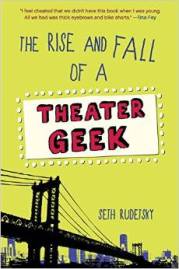 I loved Sex and Violence and though I haven’t gotten around to reading Perfectly Good White Boy, I’m eagerly anticipating this book. Carrie is frank and honest about sex and sexuality, so I’m sure this book about a confused, possibly bisexual boy is well done. Here’s the synopsis:

Will Caynes never has been good with girls. At seventeen, he’s still waiting for his first kiss. He’s certainly not expecting it to happen in a drunken make-out session with his best friend, Angus. But it does and now Will’s conflicted—he knows he likes girls, but he didn’t exactly hate kissing a guy.

Then Will meets Brandy, a cute and easy-to-talk-to sophomore. He’s totally into her too—which proves, for sure, that he’s not gay. So why does he keep hooking up with Angus on the sly?

Will knows he can’t keep seeing both of them, but besides his new job in a diner, being with Brandy and Angus are the best parts of his whole messed-up life. His divorced parents just complicate everything. His father, after many half-baked business ventures and endless house renovations, has started drinking again. And his mom is no help—unless loading him up with a bunch of stuff he doesn’t need plus sticking him with his twin half-sisters counts as parenting. He’s been bouncing between both of them for years, and neither one feels like home.

Deciding who to love, who to choose, where to live. Whichever way Will goes, someone will get hurt. Himself, probably the most.

Fans of the Impossible Life by Kate Scelsa
Amazon

This is another fall release that features a gay character. Here’s the synopsis:

This is the story of a girl, her gay best friend, and the boy in love with both of them.

Ten months after her recurring depression landed her in the hospital, Mira is starting over as a new student at Saint Francis Prep. She promised her parents she would at least try to act like a normal, functioning human this time around, not a girl who sometimes can’t get out of bed for days on end, who only feels awake when she’s with Sebby.

Jeremy is the painfully shy art nerd at Saint Francis who’s been in self-imposed isolation after an incident that ruined his last year of school. When he sees Sebby for the first time across the school lawn it’s as if he’s been expecting this blond, lanky boy with a mischievous glint in his eye.

Sebby, Mira’s gay best friend, is a boy who seems to carry sunlight around with him like a backlit halo. Even as life in his foster home starts to take its toll, Sebby and Mira together craft a world of magic rituals and secret road trips, designed to fix the broken parts of their lives.

As Jeremy finds himself drawn into Sebby and Mira’s world, he begins to understand the secrets that they hide in order to protect themselves, to keep each other safe from those who don’t understand their quest to live for the impossible.

The shows, the neon lights . . . the cute chorus boys! It’s where Justin has always wanted to be–and now, with a winter internship for a famous actor, he finally has his chance to shine. If only he could ditch his kind, virtuous, upright, and–dare he say it?—uptight boyfriend, Spencer. But once the internship begins, Justin has more to worry about than a cramped single-guy-in-the-city style. Instead of having his moment in the spotlight, he’s a not-so-glorified errand boy. Plus, Spencer is hanging out with a celebra-hottie, Justin’s best friend Becky isn’t speaking to him, and his famous actor boss seems headed for flopdom. Justin’s tap-dancing as fast as he can, but all his wit and sass might not be enough to switch his time in New York from nightmare-terrible to dream-come-true terrific.

There have been a slew of cult and rapture books out recently, and now there’s one with girls kissing. Here’s the synopsis:

‘Ten minutes to midnight!’ Jonathan shouts over the sound of the blazing fire. Sparks rise into the sky and mingle with the stars. ‘Only ten minutes!’ Bevins says, falling down on his knees. ‘So it begins.’

Rebekah has lived on the island her whole life, and it’s only now that she’s starting to wonder what she might experience outside her strict religious community. Alex has been sent to the island to escape her dark past, and through her eyes it’s a dark and sinister place. Thrown together by chance, Rebekah and Alex strike up an unlikely friendship and it’s together that they attempt to break free of their worlds and make a world of their own. But when a kiss between the girls is witnessed by an islander there is no escape they can make – the Rapture is coming for them all.

Are there any more LGBTQ titles coming up this year that I’ve missed? Let me know in the comments.