Top Ten Tuesday is a book blogging prompt hosted by The Broke and the Bookish. I don’t participate every week, but I join in when I find the prompt interesting. This week’s prompt is your favorite reads so far in 2013. I’ve read 106 books so far, so picking ten favorites from that list with no other qualifiers would be a daunting task. So, I’ve decided to share my favorites of the 2013 YA new releases I’ve read.

I’ve read about 35 new YA releases published so far this year. Even though I read some pre-publication at the end of 2012, I still considered them. These are my personal favorites of the new 2013 YA novels I’ve read, not ones that I think have the most literary merit, and not ones I think are the best in any objective sense. Note that I did not consider books I’ve read that won’t be released until the second half of 2013, or you know you’d be seeing Fangirl on this list. 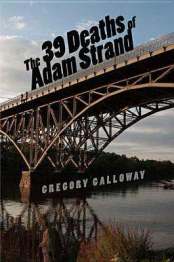 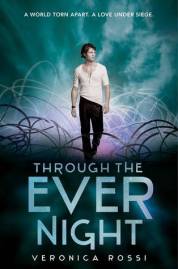 The 39 Deaths of Adam Strand by Gregory Galloway (my review)

This is not going to be a hit with everyone, but I freaking LOVED it. With it’s dry, morbid sense of humor, it totally won me over.

The Sin-Eater’s Confession by Ilsa Bick (my review)

Another book that’s not for everyone, this was still one made a huge impact on me. It left my heart pounding and I was totally into the unreliable narrator.

This book is gritty and realistic and heart-breaking and powerful.

Winger by Andrew Smith (my review)

While the first 3 I’ve mentioned are more under the radar recommendations, this book has had a lot of buzz, and for good reason. It’s got a great character at its core and can make you both laugh and cry.

Quintana of Charyn by Melina Marchetta (my review)

An epic finale to an epic series. I still can’t decide if I like The Lumatere Chronicles better than the Graceling Realm series. A reread may be in order.

The 5th Wave by Rick Yancey (my review)

This book is smart, and though it employs multiple points of view in both third and first person, which I don’t think many authors could pull off, Yancey made it work. I was impressed and surprised by how much I enjoyed it.

This is hands down my favorite YA novel published so far this year. Why I thought Grave Mercy was great, this book had an interesting plot, great characters, and fantastic writing. I was impressed and entertained.

Through the Ever Night by Veronica Rossi (my review)

I had some issues with Under the Never Sky in terms of pacing and structure, but this sequel was perhaps the best middle book in a series I’ve ever read. I only hope the series conclusion can tie it all together!

This one really hit me hard, and I’m dying to reread. Comic books, mix tapes, and doomed love…it was such a perfect book for me.

I haven’t yet written my review for this but it had an effect on me and I’m still thinking about it and that’s worth something.

There were a couple books released in the first half of this year that I haven’t gotten a chance to read I may very well end up loving more than some of these. Midwinterblood by Marcus Sedgewick is certainly one, and so is Dr. Bird’s Advice for Small Poets by Evan Roskin. There are a number of books that I’ve either already read or am planning to get to soon that may also earn a spot on my top ten YA new releases of 2013 list.

And then there are all the books I inevitably will miss this year. A few of my favorites of 2012 are ones I’ve only read since January of this year, like Aristotle and Dante Discover the Secrets of the Universe.

Though I’ve read lots of average and okay books this year, I’ve also read a bunch of great ones that didn’t even make this list! What are your favorites of 2013 so far?