I love when a series just continues to get better with each installment. The Raven Cycle series continues to delight and impress me, and holds up on a re-read (Mister BS and I are listening to it on audio. He’s obsessed). These characters, the atmospheric writing, and the complex, layered, plot make this a series worth a close read.

Synopsis: There is danger in dreaming. But there is even more danger in waking up.

The trick with found things though, is how easily they can be lost.

Friends can betray.
Mothers can disappear.
Visions can mislead.
Certainties can unravel. 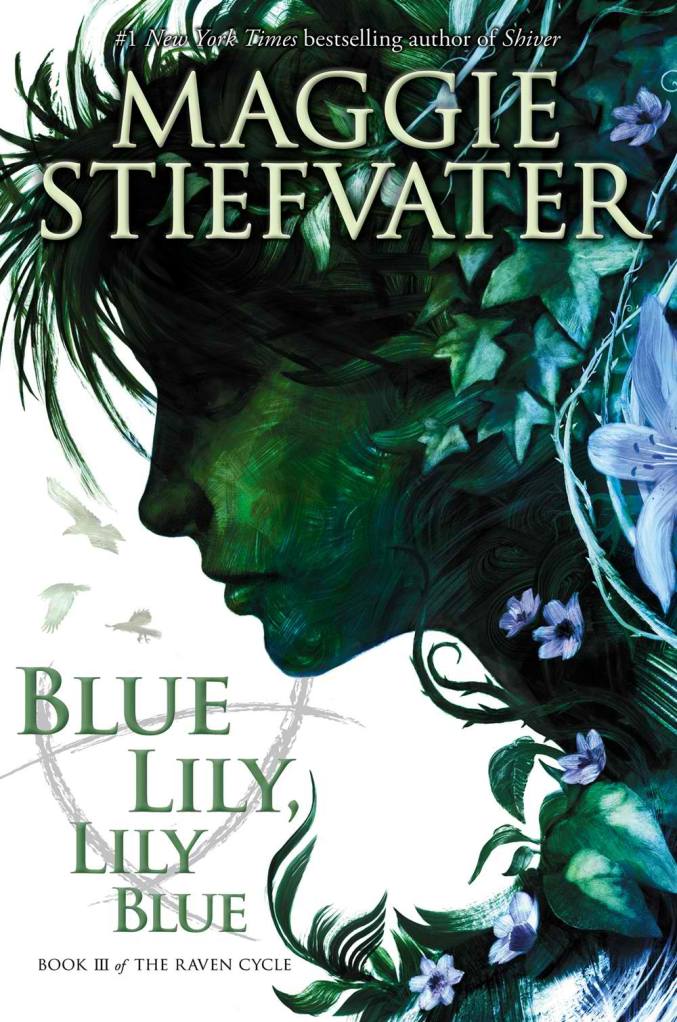 I’ve come to the conclusion that the main draw (at least for me) of romance in literature is the longing. This is why I tend to favor tragic love stories as compared to happily-ever-afters.

And The Raven Cycle series is so full of longing.

Blue longs, however quietly, to know who her father is, and why she is the lone non-psychic in a family of psychics and instead possesses this strange magnifying ability. (And she also probably longs to know why she is stuck with such a terrible curse, even though she never dwells on it in expected teenage fashion).

Adam longs to escape his father, to escape being poor, but really, he is so much more complex than that; he also longs for acceptance but also distinction.

Gansey longs for a wish that will bring him immortality. He longs for adventure and control,  which are often at odds.

Ronan longs for freedom from his dreams, for family, for someone to know him.

There is just so much languid, lonesome longing.

This installment of the Raven Cycle series is short on plot, long on character. Which works well. There are enough surprises to keep in interesting, characters both new and old that make it compelling, and Maggie Stiefvater’s writing has never been as beautiful or witty. I am even more invested in the series and don’t feel at all that it was any sort of waste to draw the story out between four installments rather than just making it a trilogy.

I should say that I am such a fan of Ronan and Adam and the underlying tension between them, that it overshadows the epic prophecy of a kiss that will kill between Blue and Gansey. Their scenes were undoubtedly my favorites.

“I know when I’m awake and when I’m asleep,” Ronan Lynch said.
Adam Parrish, curled over himself in a pair of battered, greasy coveralls, asked, “Do you?”
“Maybe I dreamt you,” he said.
Thanks for the straight teeth, then,” Adam replied.

I mean come on.

As they moved through the old barn, Adam felt Ronan’s eyes glance off him and away, his disinterest practiced but incomplete. Adam wondered if anyone else noticed. Part of him wished they did and immediately felt bad, because it was vanity, really:

See, Adam Parrish is wantable, worthy of a crush, not just by anyone, someone like Ronan, who could want Gansey or anyone else and chose Adam for his hungry eyes.

This series is undoubtedly one of my absolute favorites, and I am eagerly awaiting not only the series finale, but re-reading it and listening to the complete audiobooks (the narration has been excellent).

Recommended for fans of: Dreams of Gods and Monsters by Laini Taylor

Meg at Cuddlebuggery: “My problem with the Raven Cycle quartet is that it’s so good and I love it so much, I don’t know how to talk about it. I try and think of legitimate points of discussion and how to describe them in such a way that eloquently gets across what I want to say and also convinces you that seriously, you need to be reading these books, but it quickly devolves into all-caps keyboard smashing and unintelligible howling (merely yelling is for lesser books).”

Kirkus: “Stiefvater weaves these separate threads together with a sure hand until magic seems expected yet never commonplace, always shimmering under the surface. Most credible and moving are the slow maturations of her characters—Adam comes to measure his worth in something other than money; Blue secretly phones Gansey in the night. If she kisses her true love, he will die. Expect this truly one-of-a-kind series to come to a thundering close.”