In my former academic life, I studied gender. While my degree was in first Political Science and International Studies, then more specifically Latin American studies, my personal research projects and the majority of my classes had a strong gender component, whether it was Gender and War or Cross-Cultural Perspectives on Masculinity. When it comes to nonfiction, most titles that are of interest in me have focus on gender. I also like to read books in pairs around a similar theme, and when How to Be a Woman and Man Made: A Stupid Quest for Masculinity came out this summer, I thought they would complement each other nicely since they both take a pop culture approach to how both sexes perform gender in every contexts. While I love me some hard-core theory and esoteric academic texts, I thought taking a more populist approach could be equally enlightening (and since I’m reviewing books for the library’s (adult) staff picks blog, in addition to our Teen Zone one, that this would be a fun feature).

Adolescence should come with an instruction guide. Years after suffering through it and just as the scars were finally beginning to heal, I’ve found it: British columnist Caitlin Moran’s How to Be a Woman. Luckily, it not only contains helpful sections on the first signs of womanhood (pesky things like menstruation and hair in new places), but continues to offer reflections that are useful through adulthood, such as thoughts on first encounters with sexism, an easy test to see if you are a feminist, ways to deal with fashion dilemmas, and sections on falling in love and getting married. There’s a chapter where she dissects any argument that strip clubs as empowering for women with her razor sharp wit and even a section on why you should—and why you shouldn’t—have children. 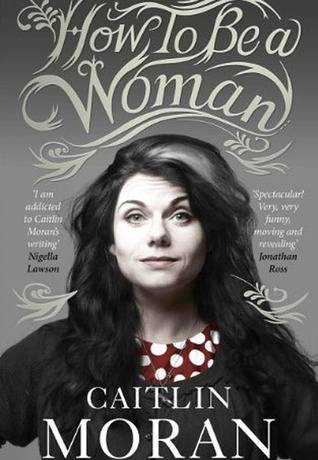 It isn’t only the content (which is certainly not new) that makes Moran’s books so useful; it’s the witty way in which her message is delivered. Full of laugh-out-loud funny stories of her childhood, the self-deprecating humor in her book is endearing. Peppered with Britishisms, PUNCH LINES IN ALL CAPS, and much unfeminine cursing, this is not your average memoir.

And it’s certainly not for everyone. The chapters on childbirth and abortion are not for the squeamish, and some may find the discussion of appropriate terms for genitalia absurd. If you read only one part of the book, let it be chapter 4, where Moran endeavors to reclaim the word feminism and get to the bottom of why so many modern women won’t stand up on a chair and say “I am a feminist!”

In Moran’s words: “We need to reclaim the word ‘feminism.’ … When statistics come in saying that only 29 percent of American women would describe themselves as feminist—and only 42 percent of British women—I start to think, What do you think feminism, IS, ladies? What part of ‘liberation for women’ is not for you? Is it the freedom to vote? The right not to be owned by the man you marry? The campaign for equal pay? ‘Vogue,’ by Madonna? Jeans? Did all that good …[ness] GET ON YOUR NERVES? Or were you just DRUNK AT THE TIME OF SURVEY?”

For anyone who wants their feminism with a dash of pop culture, this is the book for you.

But WAIT! You’re a man, you say? Well, you could probably gain some insight from How to Be a Woman, but if what you’re really looking for is a guide to being a man’s man, you’re in luck. Time Magazine columnist Joel Stein’sMan Made: A Stupid Quest for Masculinity is just the book for you.

Full disclosure: Joel Stein only registered on my radar after I read his scathing opinion piece in The New York Times on young adult literature. I did not think I’d really enjoy his book, but I was presently surprised. Stein panics when he hears the news that he is going to be a father to a son, and sets out on the task of learning how to be a manly man. He does what anyone embarking on such a quest would do: hangs out with the manliest men he can find in the hopes of learning through observation. His quest includes such manly activities as going camping with Boy Scouts, hunting, driving a Lamborghini, spending a day with firefighters, jumping in a ring to do some ultimate fighting, enduring 3 days of Army boot camp, tossing a football around with professionals, and day-trading. Instead of a bunch of macho chest thumping (like I expected), it’s a heartfelt memoir filled with the same self-deprecating humor as Moran’s book. What Stein seems to ultimately conclude is that “all the action [of masculinity, or perhaps, life] is in the risk taking, whether I want it to be or not.”

Perhaps the simplest answer to the questions of gender is it’s all relative. There is no essential way to be a woman or a man. But Moran and Stein’s memoirs are entertaining attempts to explain and deconstruct what it means to perform as a man or as a woman in modern society, and both are sure to give you a chuckle in the process. Just don’t expect it to be Gender for Dummies.

One thought on “Gender for Dummies: A Review of How to Be a Woman and Man Made: A Stupid Quest for Masculinity”