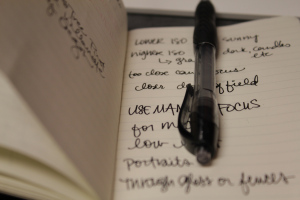 I went through this West Wing phase. I saw a few episodes when it was on air when I was in high school, but I was never much of a TV person. But I lived with a group of guys in this crazy party house in college, and one of them had an extensive TV on DVD collection. He turned me onto The West Wing.  This was during the height of the Bush years, in 2007, when I had a front row seat to the financial meltdown in ECON 676 and was deeply disillusioned with politics in America. I’d been such an activist, so naive…and I was in despair.

There was something soothing about Martin Sheen as President. All my bourgeois, white, liberal ideals brought to life. So much idealism.

I’m a bit older and wiser now. But I still think Sorkin is certainly deserving of praise. The West Wing was good at issues and at drama. Sorkin was a master of taking big, complicated ideas and presenting them in a way everyone could understand. Playing those DVDs in the background while I read thousands of pages of international relations theory got me through a semester of college.

Last Sunday, I watched the debut episode of Sorkin’s new HBO show The Newsroom (because it came on after True Blood, which I watch every week with my grandma).  I was entertained. I liked the dialogue. So did The New Yorker, which said: “we are starved for wit, for articulate anger, for extravagant hyperbole—all of which pours in lava flows during the turbulent course of The Newsroom.

Even those that criticize Sorkin agree he’s not “all bad”: “‘any television program that has its main characters quoting Cervantes can’t be all bad.’ Sorkin is a cultural mash-up artist; he references literature to stroke the egos of the literate, and references politics to affirm the intelligence of the political.”

Snappy one liners are great. Interesting metaphors are always fun. Some repetition for a certain character or intra-group slang or inside jokes can add depth to characters. But this video makes it abundantly clear that Aaron Sorkin is recycling a lot of his dialogue and references from show to show, character to character, to an almost absurd point. I’m generally of the opinion that Internet videos should be no longer than one minute, but this one is worth the full seven minutes.

Sorkin may not be living up to his glory days of A Few Good Men, which certainly has its share of quotable lines: “I want the truth! / You can’t handle the truth!” But I’ll probably still watch the next episode tonight, and I’m glad I came across this video because I think it raises some valid questions about writing dialogue.

Can you plagiarize yourself?

Do you find yourself unconsciously repeating certain phrases in your own writing? Perhaps picking up a zinger of a line from a favorite show or book or movie (like Sorkin must have done with a couple of the lines from speeches)?

How do you avoid repetition in your writing?

One thought on “‘Sorkinisms’ and Recycled Dialogue”