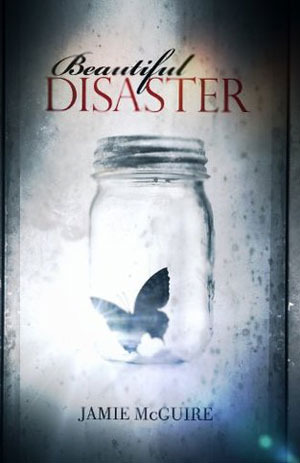 Synopsis: The new Abby Abernathy is a good girl. She doesn’t drink or swear, and she has the appropriate number of cardigans in her wardrobe. Abby believes she has enough distance from the darkness of her past, but when she arrives at college with her best friend, her path to a new beginning is quickly challenged by Eastern University’s Walking One-Night Stand.

Travis Maddox, lean, cut, and covered in tattoos, is exactly what Abby needs—and wants—to avoid. He spends his nights winning money in a floating fight ring, and his days as the ultimate college campus charmer. Intrigued by Abby’s resistance to his appeal, Travis tricks her into his daily life with a simple bet. If he loses, he must remain abstinent for a month. If Abby loses, she must live in Travis’s apartment for the same amount of time. Either way, Travis has no idea that he has met his match.

My thoughts: I know I’m not the only one who will occasionally read a book based on a bad review (or a number of bad reviews). Beautiful Disaster by Jamie McGuire was that kind of book for me.

I’d seen numerous reviews that noted the abusive relationship between the two main characters. But for each review that took that point of view, I read another that was disturbing. It seemed as many readers loved the book and the allegedly abusive male romantic lead. I was interested enough to read it myself, in part because I was writing an article on “new adult” literature and in part because I will be giving a presentation on domestic violence and abusive relationships in popular fiction this fall.

After reading it for myself, I can only conclude that Travis “Mad Dog” Maddox is a stereotypical abuser.

For those not familiar with it, there’s an very helpful tool that can help identify abusive partners called the power and control wheel. Behaviors included are part of a pattern of domestic violence. Travis exhibits many of the behaviors listed.

I could go on and on…but suffice it to say that every interaction between Abby and Travis is characterized by some level of abuse. Even if Travis never physically strikes Abby and their sexual activities are consensual, this is intimate partner violence. If one was to plot the action in this novel, it would look exactly like this diagram of the cycle of violence.

Had this dynamic been presented in a different way, I have no problem with the nature of their relationship. There are plenty of great novels that explore these types of relationships. I’m the last person who wants everything to be rainbows and unicorns in my fiction.

The problem is this type of relationship is glamorized and romanticized. The narrative frames this kind of relationship as ideal. Travis is just a “bad boy” who needs his “good girl” and he isn’t “insanely jealous” he’s “protective.” To pretend as if this relationship would result in any sort of happily-ever-after is laughable and the opposite of romantic. Neither Abby nor Travis changed as a result of the relationship. There was no character growth.

It concerns me to read gushing reviews that rave about how “hot” Travis is or how the reader wants him to be her “book boyfriend.” Look, I’m into tattoos, but I am not into controlling, domineering, manipulative, violent guys. There’s nothing sexy about abuse.

Travis is the most problematic character in the book, but the rest are so bland as to be utterly forgettable. Abby is the very definition of a Mary Sue. The supporting characters in the book are not fully formed and only serve as plot devices, except there isn’t actually a plot outside of the relationship drama.

The story is completely unrealistic. There’s no way that I buy that an underground fighting/gambling ring exists on campus, let alone the matches actually being held in the basement of buildings. I also don’t know how Travis didn’t get arrested multiple times for assault. There’s no way the police won’t get involved in a fight in front of the entire student body in the middle of the cafeteria.

I also take issue with the way every girl other than Abby is portrayed. Any girl that Travis shows interest in (sleeping with) or that shows an interest in him is automatically considered a stupid slut by Abby and her friend, America.  This is as hard for me to stomach as the abusive relationship. There’s no rule that girls all have to like one another. But slut-shaming is lame, as is poor character development.

I honestly can’t find anything positive to say about this novel, which almost never happens.  I frankly don’t understand the appeal, because even the sex scenes weren’t sexy or even original.

To be fair, I know many people that have an entirely different experience reading this book. A friend who I’ve critiqued manuscripts for is even mentioned in the author’s note. I had a conversation with one of the teens from book club who read it and thought it was by no means stellar literature, but found it to be a fun, escapist, read. Sorry guys, but I just don’t get it.

7 thoughts on “A Disaster, All Right, But Certainly Not Pretty: Beautiful Disaster by Jamie McGuire”